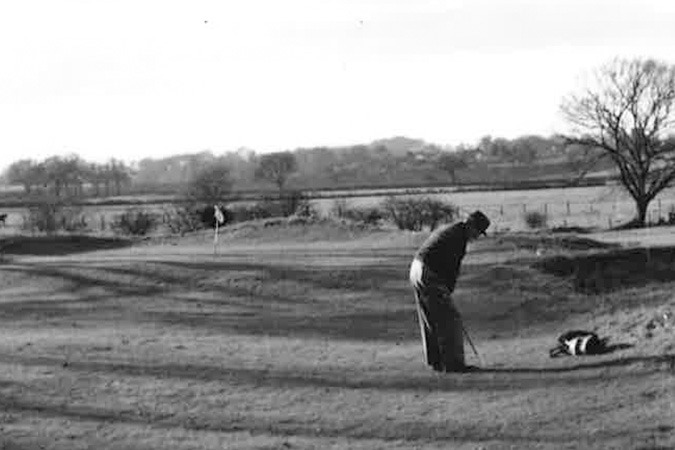 The earliest records of golf being played in Carlisle go back to 1876 with the first 9 hole course in the City being established in 1880. To put these dates in context it is interesting to note that the first ‘Open’ took place at Prestwick Golf Club in 1860 with the famous Claret Jug Trophy being made in 1873.

The location of the course in Carlisle has changed a number of times from the ‘Swifts Race Course’ up to 1890 when the club moved to Dalston Green and then back to ‘The Swifts’.

In those days Carlisle was a winter only club as the course was needed for agricultural purposes in the summer and a decision was taken in 1895 to form the Carlisle and Silloth Golf Club with the opportunity to play year round at Silloth and in the winter at Dalston, Carlisle.

In 1908 a decision was taken to form a year round course in Carlisle which resulted in a move to Durran Hill Park in Carlisle and the Carlisle City Golf Club was formed as an independent golf club.

As the land was rented and purchasing was not an option a new site in Aglionby of 132 acres was purchased in 1936 at a net cost of £3600 which has remained the permanent home of the club. The initial course design was carried out by Major Charles McKenzie followed by Theodore Moon. The course and clubhouse with a full membership was officially opened by the club President on 25th March 1940 with the club name eventually changing to Carlisle Golf Club in 1959.

In 1944 renowned golf course architect McKenzie Ross was responsible for remodelling the course and the maintenance of the existing practise facilities.

Numerous changes to the course and facilities have taken place over the latter years, resulting in many prestigious competitions being held at the club including the British Open Qualifiers on six separate occasions.

Sydney Scott was the Carlisle professional from 1945 to 1957 during which time he played in 6 British Opens finishing 2nd at Royal Birkdale in1954 and 4th at Muirfield in 1959. He played for the Great Britain and Ireland Ryder Cup Team in 1955 at the Thunderbird Golf Club in California, USA.

For further information on the history of Carlisle Golf Club refer to Alan Porter’s book : –